Other People’s Husbands by Elizabeth Noble 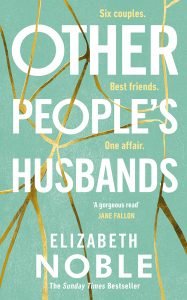 Can friendships survive the ultimate betrayal?

It’s May in Dorset, and Annie and Rupert Hawtrey are hosting a house party at their holiday home for their group of friends.

Annie, Natalie, Sarah, Flick, Vanessa, and Georgie formed an alliance at the school gates, and have bonded in close friendship ever since. Their children, growing up together, are now adults but the women are closer than ever. It helps that their husbands all get on well, too.

Their weekend away has become an annual event, a time to chill and relax and catch up on each other’s lives, but this year, something is different. There is tension in the air, and a definite frisson between two of their members.

But the couple in question are not married to each other, and when they embark on an affair, the fallout is far-reaching, for marriages, for children and for the whole group’s friendship, which surely cannot survive such betrayal.

Can things ever be fixed?

This was such a good story. It’s character-led, with a plot that unfolds at a gentle and timely pace allowing you to get to know the main players, all so different to each other but so appealing in their own way.

Because it opened at the school gates, I expected one of those toxic friendship storylines, but all the characters are warm and empathetic – they’re a group of people you’d like to be friends with yourself, and you feel their pain and distress at their betrayal by two of their members.

They may be ordinary folk, but their bonds are extraordinary, and it feels heartbreaking that their friendship might dissolve.

The skill of Elizabeth Noble’s writing means you can even feel particular empathy for the lovers who know they are risking everything by indulging their passions, yet can’t resist temptation.

The fallout, when it comes, is worse for Natalie than for Dom – she has to reflect on the fact that she may have destroyed not only her marriage but the friendships she values so much.

The strength of this story lies in its characters – it’s told from different viewpoints allowing us build a complete picture of the women and their families.

But I liked the way the men are central to the story, too.

The couples may have their ups and downs but for the most part they are strong, united and loyal to each other, and each has a part to play in the development of the story.

The plot is well-paced and very believable, and I loved the writing, too. Elizabeth Noble employs a lovely rhythm of prose which brings characters and settings to life on the page.

A strong, believable and life-affirming story of family and friendship with all its strengths and flaws. 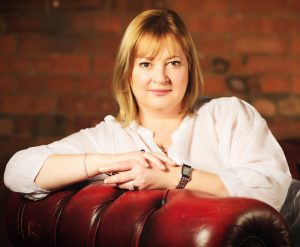 Elizabeth Noble is a Sunday Times No.1 bestselling author who has sold over 1 million books to date. Her first novel, The Reading Group, became an instant No.1 bestseller, was nominated for Newcomer of the Year at the British Book Awards and sold over a quarter of a million copies. Since then she has written many bestsellers including the Richard and Judy Book Club picks, Between a Mother and her Child and Love, Iris.
Elizabeth loves walking, yoga, cooking, and is an active part of her local community where she writes a monthly column for the parish magazine. She is a grandmother of two and has recently taken in a family of Ukrainian refugees.
Other People’s Husbands is Elizabeth’s 10th novel.

Find out more about her books here 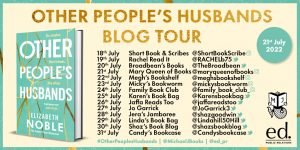 Many thanks to Courtney Jefferies of EDPR for inviting me along on this blogtour, and to Penguin for a copy of the book.