Our House by Louise Candlish

01 Mar Our House by Louise Candlish 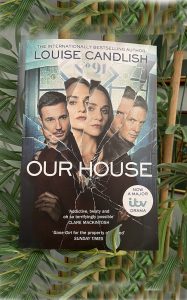 How can your house be sold from under your feet without your knowledge? It takes a lot of planning, and an awful lot of scamming!

That the premise of the new ITV series Our House coming out this month.

Based on the book by Louise Candlish, it’s a tense, nail-biting domestic thriller noir, starring Tuppence Middleton (of Downton fame) and Martin Compston (the upright detective in Line of Duty).

Having just seen a preview of part 1, I’m confident the dramatisation will be just as gripping as the book! Compston and Middleton both play their parts true to the characters I’d imagined through the book, and the dramatisation of the story delivers all the tension you could hope for, even when you think you know what is coming.

But what’s the story all about?

Imagine coming home to the house you’ve lived in for over 10 years, after just a few days away. You’re looking forward to getting home, unpacking and putting your feet up for a little while.

As you approach your front door, you notice something unusual. There’s a removal van outside – and removal men are unloading and delivering furniture that is not yours into the house.

Lucy Vaughan, the young woman directing them, declares that this is her house. She and her husband exchanged contracts with seller that very morning …

This is the nightmare scenario that confronts Fi Lawson. There has to have been a mistake. The Vaughans cannot have bought her house.

But soon it becomes clear that Fi is the victim of a property scam, perpetrated not by the Vaughans but, it seems, by her ex-husband Bram!  The Vaughans claim he is the one who sold them the house – and both his and Fi’s signature are on the contract.

But why on earth would he do such a thing?

This is a truly nail-biting read. It’s all too easy to imagine yourself in Fi’s place, with your future dreams wrested away from you along with your house.

It’s also scarily easy to imagine yourself in Bram’s place. He’s not an evil man, but just a weak one caught up in a nightmare situation. He is too weak to man up and face the consequences, and so his family must suffer.

The pace and plotting of this story is terrific. The characters develop and the story evolves in parallel narratives from Fi and Bram that take the reader back to the beginning while keeping them agog as to what will happen in the end.

And when the end comes, it’s a shocking as anyone could wish for.

As domestic thriller noirs go, Our House is at the top of the game.

Read it, watch the dramatisation on ITV, and enjoy both!

Our House, published by Simon & Schuster, is available now in paperback

ITV’s dramatisation of Our House begins on Monday, March 7 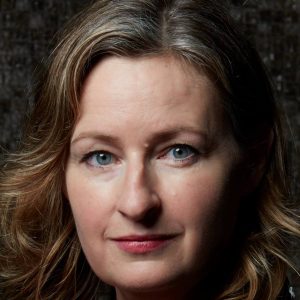 About the Author – in her own words!

I am the  best-selling author of 15 novels – a fact I can’t quite believe myself.

Our House is now a major four-part ITV drama coming to our screens in March 2022, starring Martin Compston as Bram, Tuppence Middleton as Fi and Rupert Penry-Jones as Toby. I couldn’t have asked for more, really, and feel so proud that readers are continuing to discover it and recommend it far and wide.