Out of her Depth by Lizzy Barber

29 Apr Out of her Depth by Lizzy Barber 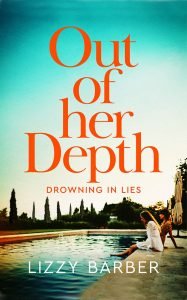 An immersive mystery that will leave you gasping for air!

“In the lush green hills beyond Florence sits the Villa Medici …” begins the opening of the blurb for this thriller.

“Take me there now,” I demand and fortunately my wish is granted, and I’m part of the blogtour for this immersive, atmospheric and utterly gripping tale!

The story opens in the present day with language teacher Rachel Bailey turning on the news to hear a name straight out of her past.

After having his guilty verdict overturned, Sebastian Hall has just been released from an Italian prison where he has served 21 years for a crime he claims he did not commit.

The story then toggles back and forward between the summer that 18-year-old Rachel spent in Tuscany, and the present day where she lives a somewhat lonely life teaching wealthy young girls French and Italian at a private school in England.

A product of working class parents, Rachel first finds herself caught up in this world of privilege when she first meets wealthy Diana, her fellow worker at the Villa Medici pension, and then Sebastian, the rich young Englishman whose parents own the neighbouring villa.

Diana seems the perfect friend. Generous with her money and possessions, she draws Rachel into the world in which she herself belongs, and even promises to help her attract Sebastian, with whom Rachel is instantly smitten.

But is Diana as altruistic as she seems? Is Sebastian as lovely as his charming veneer suggests?

As the summer wears on and new people are introduced to their group, events escalate and culminate into one unspeakable tragedy, for which Sebastian is burdened with the blame.

Over the years, he has begged Rachel to help him clear his name. Now that he’s free, he has become ever more persistent.

But where is Diana in all this? Over the years she has distanced herself from Rachel, but now it’s time for the old friends to face up to the past, if only Rachel can persuade Diana to talk to her …

Wow! What a story of toxic friendship! I could relate instantly to Rachel – we’ve all had a Diana in our lives, who has made us feel less good about ourselves while pretending to be our best ever friend. We’ve all had unrequited crushes, too.

No wonder Rachel gives in to the temptations that her friends’ riches offer her, and is so willing to trust Diana to help her secure the man of her dreams.

But we don’t know until the very end just how far she was or was not involved in the crime that took place – or indeed if there even was a crime.

The story is so well-paced that the plot emerges gradually and teasingly, keeping you hanging on Rachel’s every word and action, now, and through that long-ago summer.

But they are never wholly dislikeable – Diana has plenty good points and Rachel never quite loses the values she’s been brought up with. She remains a sympathetic character, even when you’re questioning her narrative.

Maybe the two girls were innocents caught up in tragedy … maybe Sebastian is guilty after all.

The story will keep you guessing all the way through, even as it immerses you in the bustle, heat, dust and noise of Florence ; the luxury and extravaganza of Sebastian’s and his friends’ lifestyles, which include wild parties and yachts; and the dry, stale somewhat lonely world of Rachel’s present academia.

Friendship and betrayal, wealth and poverty, guilt and innocent, justice and retribution – the different themes are woven beautifully into a complex but coherent storyline which will make you so glad you dived in.

Especially when you get to the stunning and wholly unexpected ending …

Out of her Depth by Lizzy Barber is published by Pan Macmillan in paperback, priced £8.99 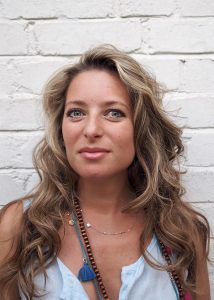 Lizzy Barber’s critically acclaimed debut novel My Name is Anna (2019) won the Daily Mail First Novel Competition. She read English at Corpus Christi College, Cambridge and is Head of Brand and Marketing at the Hush Collection, a boutique group of restaurants. Lizzy has a lifelong love of Italy, spending childhood holidays on the Italian coast, and living in Florence, aged 18 to learn Italian. Lizzy returns to Tuscany every year and got married near Fiesole, where Villa Medici in the book is located. She always knew the shadowy streets and intense beauty were ripe for a thriller. 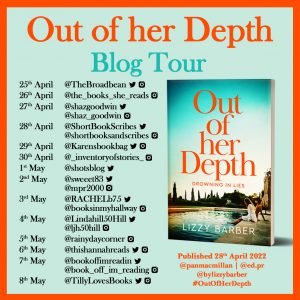 Many thanks to Courtney Jefferies of EDPR for inviting me along on this blogtour, and to Pan Macmillan for a copy of the book.