07 May The Berlin Zookeeper by Anna Stuart 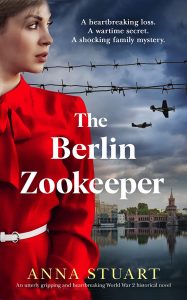 I’m so delighted to take part in this blogtour of Anna Stuart’s latest novel. I’m already familiar with her brilliant historical novels (written under the pen name Joanna Courtney) and have read her modern-day novels Bonnie and Stan, and Four Minutes To Save A Life, so I was intrigued to see how she would handle a dual time-line story that embraces historical events against a modern-day mystery.

Well, I’m happy to report that this emotional story of a young woman in search of her roots, which leads us to the story of another woman facing the trials and tribulations of civilian life for Germans in the closing days of WWII, was a truly enthralling read.

The story opens in the present-day, with vet Bethan Taylor joining the staff of Berlin zoo for a year. As soon as she gets there and sees the statue of Knautschze, its famous hippo, Bethan is assailed by memories of visiting the zoo with her late mother, who was German-born.

An intriguing list of names left by her mother in an old jewellery box ties up with some of the names of women connected with the zoo in WWII. This leads Bethan to the discovery that her mother was adopted. And so begins her quest to track down her real grandmother.

Could Ada, the confused old lady who visits the zoo from opening to closing time, every single day, hold the clue?

Max, the zoo’s assistant manager, is keen to help Bethan in her quest – and the mystery brings the two closer together. But with a boyfriend, Callum, back in the UK, Bethan’s not free to pursue her heart.

Meanwhile, back in the closing days of WWII, Katharina Heinroth (a real-life zoologist, and heroine of WWII) battles to protect her Zoofamilie – both animals and colleagues – from the might of the Nazis and the cruelty of the advancing Russian army.

Her wartime tale holds the key to the secret of Bethan’s mother’s birth – if only she can unlock it.

This was a fascinating story, not only for the mystery, but for its authentic and emotional portrayal of two very different women with very different challenges.

Bethan is a strong, sympathetic character, but it’s Katharina who really captures our hearts. Married to Oskar, the zoo’s director, she is brave, loyal and resourceful. Though sickened by Nazi rule and fearful of the advancing Russian army, she never ceases from the struggle to keep everything at the zoo together in the face of food shortages and nightly bombings that kill and maim her beloved animals.

Along with the coterie of brave men and women she works with – that include forced French labourer Pierre, orphaned Nazi youths Hans and Mark, and Nazi sympathiser Herr Lutz and his sidekick Dennis, she does everything in her power to keep the animals and her colleagues safe.

As Berlin weakens and falls, the author does not spare us from the horrors of war, which destroys lives, both human and animal, but there is always a sense of hope that, even as the worst of humanity is explored, the best of humanity will prevail.

With a well-paced narrative, intriguing plot, engaging characters and the unusual setting of the zoo, both past and present, this is a book that I’d highly recommend to anyone.

I can’t leave this review, without mentioning the charms of the animals, from the chattering chimps to the majestic lions. They’re so much part of both storylines, and bring a character all of their own to this fabulous story.

But it’s Katharina and Bethan that you’ll be truly be invested in, willing them on to a satisfying resolution to the very different life challenges they both face.

The Berlin Zookeeper is published by Bookouture in paperback, RRP £8.99 and in e-book 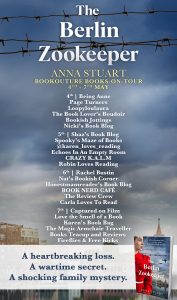 Thanks to Bookouture for inviting me to take part in this #blogtour and to NetGalley for the advance reading copy of The Berlin Zookeeper.

You can catch up on the rest of the blogtour at the links shown here. 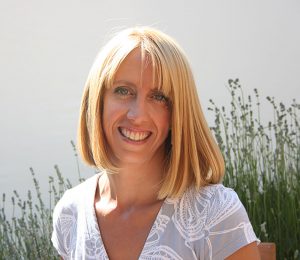