The Letter Home by Rachael English 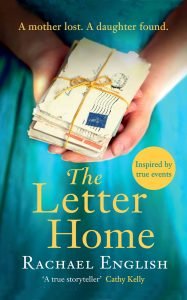 Peel repealed the corn laws in 1846. That’s a fact that’s stayed with me from schooldays back when I was doing O-Level history and learning about the Great Famine, when Ireland’s potato crops failed and a whole nation was left to starve to death.

It’s a harrowing story, movingly picked up and personalised by writer Rachael English, who makes it relevant to the present day in her latest novel The Letter Home.

Freelance writer and journalist Jessie Daley has returned home to the little seaside town of Clooneven from Dublin in disgrace, having found fame on Social Media for all the wrong reasons. As she lies low and licks her wounds, she rekindles her friendship with old pal Ger Dillane, who teaches at the local primary school.

His class is doing a project on the Great Famine and he asks Jessie to ask her elderly grandmother Etty if she’ll speak to the kids.

It’s the beginning of a journey of discovery for Jessie as she learns about local woman Johanna Markham, who died in the Famine, leaving behind at least one daughter, Bridget.

What happened to her? Jessie is keen to find out more.

Meanwhile, in the USA, young lawyer Kaitlin Wilson is conflicted by her brother Brian’s new job with the Immigration Authorities. How can he deny people shelter when their own family’s Irish roots mean they, too, must have once been immigrants?

In tandem with the two women’s stories, the narrative takes us back to the mid-nineteenth century to meet Bridget and learn the story of another young woman, who loses everything she holds most dear to the Famine.

In order to survive, she must make heart-breaking choices that will reverberate down the years to touch the hearts of her descendants, and change their lives in ways they never expected.

This is a really enthralling story, told with great sensitivity as it takes the reader back and forward between present day and nineteenth century Ireland and America.

I really liked the way that author Rachael English varied the tone for past and present narratives.

There’s a sardonic humour to Jessie’s story that suits the Instagram age. She’s funny, a little bit flaky, but warm-hearted, intelligent and passionate about people, not just those from a bygone age, but her own family – even if her own sister treats her like a skivvy when she goes to work for her.

But her family loyalties are solely tried by discoveries she makes not just about the past, but about the present.

Kaitlin is understandably less insouciant than Jessie, given that she has just come through a harrowing miscarriage that has affected her relationship with her partner and her family. But she is equally passionate about fairness.

Bridget cares about fairness, too. Despite all the hardships she has endured and the tragedies she has witnessed, she never shirks from standing up for others, and confronting authority figures who are unwilling to help her and her fellow Irishfolk through the hardest times.

She retains her strength, kindness, perseverance, and dignity throughout her whole story, and really I could have read a book that was just about her.

But that would have betrayed the chance for the reader to reflect on current attitudes to economic migrants. Do we treat them any better than the British mainland or American settlers treated the starving Irish people looking for succour on their shores?

We need Jessie and Kaitlin’s story, too, to fully explore the themes of the importance of roots, the sense of belonging, and the response to life’s challenges that all help shape the people we become.

Learning Bridget’s story profoundly influences Jessie and Kaitlin, and in a final twist to the plot, reshapes their lives going forward.

Rachael English has given us an incredibly moving story, with not just one, or two, but three strong heroines who are empathetic, admirable and wholly lovable, each in her own way.

I found this an inspiring read. It brings to life the real people hidden in the history books, the Irish people who lost almost everything they had in the Famine but found ways to rebuild their lives, often through perilous journeys over stormy waters to distant shores, where they had to fight all over again for survival. 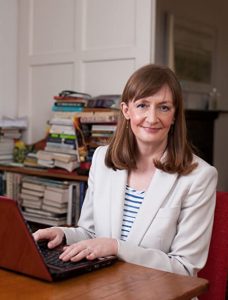 Rachael English is a bestselling novelist and presenter on Ireland’s most popular radio show, Morning Ireland. During more than twenty years as a journalist, she has worked on most of RTE Radio’s leading current affairs programmes, covering a huge range of national and international stories. The American Girl, The Night of the Party and The Paper Bracelet were all top 5 Irish bestsellers. 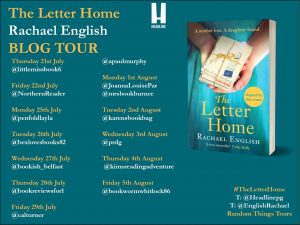 Thanks to Anne Cater of Random Things Tours for inviting me on this blogtour and to publishers Headline for the copy of the book.