The Postmistress of Paris by Meg Waite Clayton

14 Jan The Postmistress of Paris by Meg Waite Clayton

A message of hope beams brightly through this moving wartime tale

Wealthy, independent, American – young heiress Nanee could so easily have flown occupied Paris for the safety of her US home at the beginning of WWII.

Instead she chooses to stay with the French friends who are her new family and join them in their fight against the Nazis determined to root out Jewish refugees and send them to the death camps.

And so she finds herself in a situation as surreal as the art exhibition she is visiting when we first meet her.

Immediately, we’re drawn to her independent, lively character – she flies in on her own plane with her little dog Dagobert, nearly crashing to avoid a beautiful black swan.

It’s almost a metaphor for what is to come, as Nanee puts her life on the line to save the beauty that is in the world.

At the post-exhibition party, she meets German Jew Edouard Moss, a photographer. A widower with a small daughter, Luki, he’s fallen foul of the Nazis for his series of photos documenting their malign influence on everyday life in Germany.

Their acquaintance is fleeting but he and his photographs have a profound effect on Nanee, and she never forgets him.

Escaping Paris, Nanee finds herself in Marseilles, and persuades Varian Fry, the American diplomat tasked with getting US-approved Jewish refugees out of France, to let her work for him.

Soon she’s delivering messages to desperate people around Marseilles, to let them know about visas, passports and planned departures.

It’s a dangerous job, for of course not all the papers are legitimate – Varian constantly exceeds his brief to help the artists, poets and intelligentsia now in mortal danger in Vichy France, where Petain’s corrupt government is sympathetic to the Nazis.

When Nanee learns that Edouard is being held in an internment camp, can she persuade Varian to let her try to save him and reunite him with little Luki?

She’s willing to risk everything – but will her efforts be enough?

What a powerful story! The opening, with its heart-in-the-mouth, near-fatal crash prepares us for the fragility of life for Nanee and her friends, but reminds us of the beauty that is in the world, that people like Nanee are prepared to protect with their very lives.

This beauty is reflected in the prose, that transcends the bleakness of the narrative’s background, where danger, fear, tension, uncertainty and hopelessness stalk the streets of war-torn France.

The coterie of artists and writers ensconced together at Villa Air-Bel from where Nanee, Varian and their colleagues and friends operate their more covert missions, provide relief from the horror of the internment camps, the sound of Nazi jackboots marching through the streets, the knock on the door from French officials willing to betray their own people.

They carry on with their soirees, their games, and their artistic endeavours, never losing sight of the important things in life – truth, beauty, friendship, loyalty and love.

There’s laughter and joy amidst all the tears, and so many moving moments.

The story is peopled with amazing characters – many of whom are real-life people, like Varian Fry, who defied the Nazis, Petain and his own American overlords to save so many people.

Nanee herself is based on real-life American Mary Jayne Gold, a US heiress who worked for Fry.

Though her story is fictionalised, it’s amazing to learn that there were so many brave people working to help others while putting their own lives on the line.

Used as I am to stories of the French resistance and the British SOE and their brave struggles in France, this was a very different story for me, taking me into the more unfamiliar, rarefied world of the intelligentsia.

But the story of their salvation is every bit as important as any other – it’s not just people, but ideas and ideals that must survive the horror that humanity can inflict on itself.

Nanee and her friends give us hope that beauty will always transcend horror. What a powerful message for a work of fiction to deliver. 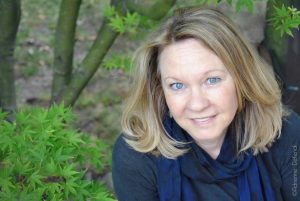 Meg Waite Clayton is a New York Times bestselling author of six novels, most recently Beautiful Exiles. Her previous novels include the Langum Prize–honored The Race for Paris; The Language ofLight, a finalist for the Bellwether Prize for Socially Engaged Fiction (now the PEN/Bellwether); and The Wednesday Sisters, one of Entertainment Weekly’s 25 Essential Best Friend Novels of
all time. She has also written for the Los Angeles Times, the New York Times, the Washington Post, Forbes, and public radio, often on the subject of the particular challenges women face. 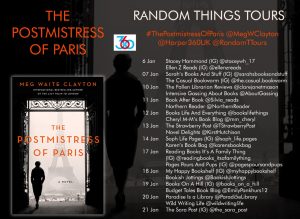 Thanks to Anne Cater of Random Things Tours for inviting me on this blogtour and to the publishers HarperCollins for a copy of the book in exchange for an honest review.