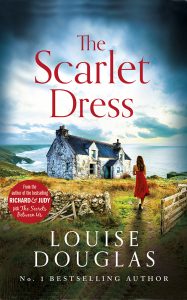 Best-selling author Louise Douglas takes a broken-down seaside town and turns it into a place of menace, a place that covers up the secrets and lies surrounding the disappearance of a young woman nearly 25 years before.

The scarlet dress she was wearing had been found on the beach by the estuary and the common consent was that Alice Lang had drowned.

And it seems he is vindicated when builders developing the old funfair and caravan site from which Alice disappeared unearth human remains.

Suddenly old memories are stirred, not least for Marnie Morahan, the funfair caretaker’s daughter, who was ten when Alice disappeared. The older girl had befriended the motherless youngster and the trauma of losing her has left Marnie mute. She recalls little of the day Alice disappeared, but the shock of the discovery of her friend’s remains – and the now undoubted fact that she was murdered – shakes her mind awake as she gradually remembers snippets of the past.

Meanwhile, Will has returned to Severn Sands, determined to uncover the truth as he sees it – that local landowner’s son Guy deVillars killed Alice in a jealous rage and disposed of her body. But he comes up against the stony silence of Guy’s father Edward and the fragility of his senile mother, Camille. With them unwilling, and Marnie unable, to speak, will the truth of what happened to Alice ever be revealed?

With themes of fractured families, friendship, jealousy, guilt, revenge, justice and redemption, there is a lot to explore in this story. Marnie and Will are both strong characters, and Alice comes alive in their memories of her – a bright happy girl, despite her troubled past.

Though she was adopted into a staid and stifling family, and was holidaying alone at Severn Sands, she had so much love to give, and with her colourful clothes, constant singing and knack for joy, no wonder Will recalls her as a “creature of warmth, light and energy”.

Marnie is quite a straightforward woman. Despite her muteness, she’s made a life for herself and is now a single mother, still caring for her elderly father, and besotted by the rescue dogs she fosters. She’s a loner by nature and in her rambles, we see the town of Severn Sands unfold in all its present-day bleakness – a far cry from its glory days as a popular holiday resort.

Will is more difficult to like. Unable to shuffle off the past, he can’t sustain a relationship and treats his partner Soairse badly. He has history with Marnie, too – he’d asked her to keep secrets then left her and her loyal friendship behind when he headed for university, never answering her letters or giving much thought to what the little girl was going through after the loss of her mother and the disappearance of her friend.

He doesn’t just need justice for Alice – he needs forgiveness and healing for his own failings of the past. And were they more than mere failings? Is he a narrator who can be relied on? Has, he, like Marnie, blocked things from his memory?

Suspense builds as the truth begins to unpeel itself layer-by-layer, culminating in an exciting denouement involving all the main players.

There’s plenty description in this story – an abandoned funfair, a bleak estuary, a rundown cottage, are all described in minute detail, as are the minutiae of the main characters’ day-to-day lives, now and at the time of Alice’s disappearance. Though this adds to the atmosphere of the book, it does slow down the pace and dilute the suspense somewhat, and I’d have liked a little more action around the middle of the story.

But a really good murder mystery doesn’t just rely on plot – it needs strong believable characters and an atmospheric setting, and The Scarlet Dress has all of the above. It’s an excellent murder mystery, brimming with issues for readers to continue to ponder once the final page is turned.

Read on for an extract to whet your appetite …

The next time the child wakes, darkness has fallen. Through the chink in the curtains she sees the moon shining, a milky light behind the clouds. It’s quiet and still; an atmosphere as if thunder is gathering. The child listens to the rasping of her own breath.

Inside the room, nothing moves. On the wall, plaster Jesus, caught in the moon-glow, looks down from between deep shadows, one hand raised in blessing. The child wants her mother, but her mother is dead. All the child has is the locket that she keeps beneath her pillow, small and heart-shaped; a secret.

‘Dad?’ she calls, tentatively. There is no answer. She listens hard but hears nothing, not her father’s snoring, nor the tapping of the paws of his little terrier, Trip, on the lino downstairs.

She is completely alone.

The child pushes herself up, untangling her limbs from the damp sheets. Her throat has been cross-hatched by razor blades; the glands in her neck are plum-sized, hard as pebbles. Her glass is at the side of her bed but the bottle of lemonade that Mrs deVillars brought over earlier is on the chest of drawers against the opposite wall, Jesus watching over it. Slowly, carefully, the child slides her legs out of bed. The floorboards creak, warm and warped beneath the soles of her feet. She’s so hot she will melt like candle-wax, but at the same time she’s shivering with cold. Her nightdress sticks to her, drenched with sweat.

She moves to the window, which has been open for weeks to try to draw in any passing whisper of cool air, and puts her hands on the ledge. Outside, the night is black, with the texture of treacle. It tastes like the weed washed up on the mud and dried in the sun; the feathers of gulls. Distantly, ship lights glimmer on the estuary.

The moon is emerging from its hiding place amongst the clouds: a good half-moon chalked onto a humid sky with the distant Welsh mountains like inkblots below. In the moonlight, the child sees a movement on the mudflats at the shoreline. Someone is down there. For a moment, in her feverish state, she believes it is her mother and her heart lifts even though deep down she knows it can’t be. She watches the person as they go to the edge of the sea, and hold back their arm, and fling something far out; a silent splash as it makes contact with the water. Whoever it is stands for a moment, staring out over the sea until the moon retreats and then they turn and disappear back into the shadows…

The Scarlet Dress by Louise Douglas is published by Boldwood Books in ebook format, and is available from Amazon, RRP £3.99 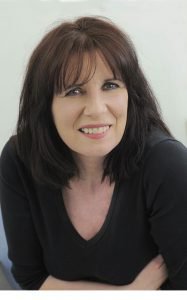 Louise Douglas is the bestselling and brilliantly reviewed author of novels including The House By The Sea and Missing You – a RNA award winner. The Secrets Between Us was a Richard and Judy Book Club pick. She lives in the West Country.

Many thanks to Boldwood Books, Rachel’s Random Reads and Louise Douglas for inviting me to take part in this blogtour, and to #NetGalley for an advance copy of this book in return for an honest review.

Catch up with the rest of the blogtour by following the links below. 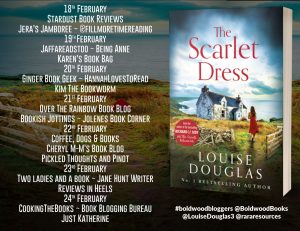