The Wilderness Between Us by Penny Haw

29 Jul The Wilderness Between Us by Penny Haw 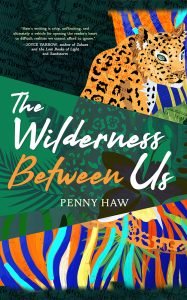 A remarkable journey through a jungle of emotions

When a group of friends set off on a hiking trip along the Tsitsikamma Trail in the Western Cape of South Africa, they expect a challenging but rewarding experience, enjoying all the beauty that the forest, rivers and veld has to offer.

Derek and Faye, Bruce and Diane, Bev and Helen, and Geoffrey and Michelle have been friends for over 20 years, so they know what to expect from each other’s company.

But when Michelle drops out due to work commitments, Geoffrey’s daughter Clare takes her place, and suddenly the whole dynamic of the group changes.

Clare is a recovering anorexic, prone to migraines and has to remain behind at Heuningbos Lodge on their first day, promising to join them at their next stop, Grootkloof Cabin.

The others go on without her, but Faye, worried about the girl, finally turns back.

Now the group is split; and then the weather turns, leaving the stage open for drama, danger and distress, both physical and emotional as the journey of more than one character becomes one of self-discovery.

Forced into each other’s company, both Clare and Faye gradually exchange confidences that lead them to see their lives more clearly.

Meanwhile, over at Grootkloof Cabin, where the rest of the party finally find shelter, Derek is making some revelations of his own that will leave Geoffrey in despair.

When and if they are reunited, certain members of the party will need to re-examine the truth of their lives. Lives which may never be the same again …

With themes of anorexia, coercive control and toxic friendship turned sour, this would have been a powerful story, whatever its setting.

But the background of the jungle lends a metaphorical tone that gives the narrative an extra edge. The reader can’t help but compare the turmoil in Clare and Faye’s lives to the terrain they find themselves in – all crashing rivers and thorny forests, where wild pigs prowl and leopards lurk.

But the most dangerous creature in the wild has to be Derek, a bully of the first degree, whose gas-lighting of his own wife, his prurient interest in Geoffrey’s, and his unshakable belief that he has a stake in Clare’s future makes the reader wish he would fall prey to a wild beast!

I loved the descriptiveness of this story. Though I’ve never been to that part of the country, I have been on safari in South Africa and author Penny Haw made me feel I was back there once more, thrilling to the sights and sounds of nature in the raw – though I was never as lucky as Clare and Faye to see a leopard.

But it was the characters that really drew me in. Clare, Faye and Geoffrey are all deeply empathetic people, caught into challenging situations not wholly of their own making, as their reflections on events of the past prove. Even Derek elicits some sympathy – a bullied boy is generally likely to turn into a bully himself.

Clare and Faye are the heroes of the story. Each has so much to overcome, not least their sense of failure and shame at how their promising lives have become so blighted.

Their varying issues are portrayed and examined with great sensitivity by the author, who allows them to be honest with themselves and, ultimately, with each other.

With the support of the other, each may find the courage to escape the emotional battering life has given her – but the physical danger they face still remains, and it’s a tense race to the end for the reader to discover if they will survive the wilderness.

With this book, I expected a tale of family, friendship and adventure, but the added layers of emotional angst and deep heart-searching of the main players took it to a whole new level.

I’m still feeling a bit battered by the psychological storms I’ve shared with Clare and Faye, but I’ll tell you one thing more – after reading this book, I can’t wait to go back to South Africa!

The Wilderness Between Us by Penny Haw is available in hardback and ebook from Amazon,
from July 31. 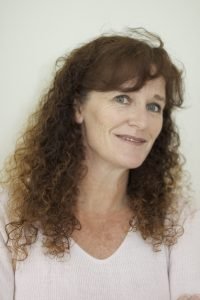 Penny Haw is long-time South African journalist and latter day author who written articles for Business Day, Sunday Times, Financial Mail, Sunday Independent, The Weekender and many other leading South African publications. Her first book, NICKO, THE TALE OF A VERVET MONKEY ON AN AFRICAN FARM is a children’s book, first published by Penguin Random House South Africa in 2017 and inow included in middle-grade school curricula.

For more, visit www.pennyhaw.com, and find her on Facebook @PennyHawAuthor

Thanks to the author and Anne Cater of Random Things Tours for inviting me on this blogtour and for a copy of the book in exchange for an honest review. 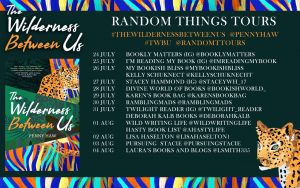