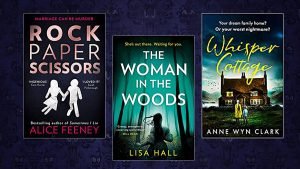 I do love a mystery and when it comes wrapped in a suggestion of the supernatural, I’m always hooked. These three books I’ve recently read kept me up reading to the small hours – and then I had to go to bed with the lights on! They all make great reading for Hallowe’en. 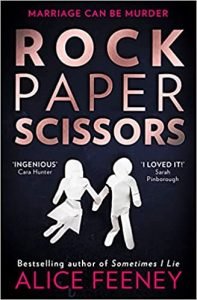 A marriage in trouble, a remote Highland home that may or may not be haunted, a snowstorm that cuts a warring couple off from the world – what could possibly go wrong? This tense and creepy tale will keep you turning the pages as Adam and Amelia Wright’s weekend away to repair their relationship turns into a nightmare scenario. But what has gone wrong for the couple?

The highly original plot relies on successful screenwriter Adam’s prosopagnosia – or face blindness – which means he cannot recognise the most familiar of faces. That, coupled with his burning ambition to see his own original work recognised, causes trouble in his relationships. Add to that the hints that he and Amelia are hiding secrets from each other, and the scene is set for trouble and strife.

This would all be thrilling enough, yet the drama comes not just from their marital tension, but from the setting in which they find themselves. In the converted chapel where they are staying, lights go on and off, doors open and close, faces appear at the window, and there’s a near tragedy at the bat-infested bell tower!

Just what is going on? Who is threatening who? Could there be supernatural forces at work?

As the tension ratchets, neat changes of pace give us a series of letters offering more clues to the couple’s present predicament. But be prepared for shocking twists, too.

This is a real page-turner – haunting, dramatic and wholly convincing. I loved it. 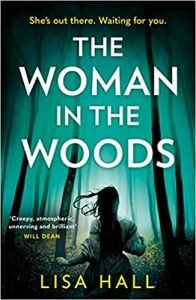 Allie and her husband Rav have moved to Gowdie Cottage with their toddler daughter Mina and newborn baby Leo – but their dream home is rapidly coming a nightmare! Literally, as Allie is having disturbing dreams where she is suffocating a child.

In an effort to divert herself, she explores the attic of the house, only to discover “witchy” items –there’s a hagstone, feathers, an old rusty key. She finds loose, scattered pearls in the garden, there are scratching noises in the chimney and, worst of all, she keeps catching glimpses of a ghostly wraith in the trees!

With Rav and her best friend Naomi keeping secrets from her, Allie feels increasingly alone and afraid in the house … especially when she learns it once belonged to a witch who now reputedly haunts the woods looking for her lost children.

This was a very creepy tale, full of menacing undercurrents. You’re never quite sure whether what Allie is experiencing is real or imagined, which keeps the tension racked nicely high. A great one for Hallowe’en reading! 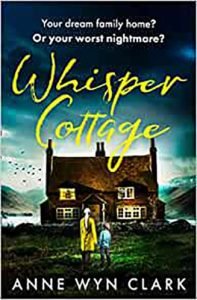 This final witchy tale involves another old cottage – what is it with young couples and old cottages? What’s wrong with a nice modern top floor flat? Whatever, Jack and Stria Mason have left the bustle of the city for charming Wisteria Cottage in the quintessential village of Avoncote, to await the birth of their first child.

Life is idyllic. Everyone is friendly, especially Mrs Barley, the old lady at neighbouring Rose Cottage. But all sorts of rumours abound about her – it is said that mysterious things happen to those who cross her. With her pet crow Corvus, the rowan branches strewn around her fireplace, and the little mannikins hidden away in various drawers in her house, it does seem she has a touch of witchery about her.

But that’s’s not what frightens Stria – no, it’s the regular shadowy appearance of a man in her garden that gives her goosebumps, a man no-one else can seemingly see. Is h his presence a threat to Mrs Barley? Or to Stria and her own small family?

This was a nicely set-up story, with a strong opening giving hints of unlawful killings, phantom spirits, secrets and lies. Though I felt its pace let it down somewhat – thrilling things would happen, followed by weeks of mundane life, I was intrigued enough to keep going to the end, where the pace picked up again with a suitably shocking denouement!